I recently learned that Gerald M. Weinberg, computer scientist and author of many books on programming and human behavior, had passed away. I was a bit saddened by this news, yet grateful for the knowledge and wisdom he shared through his books. 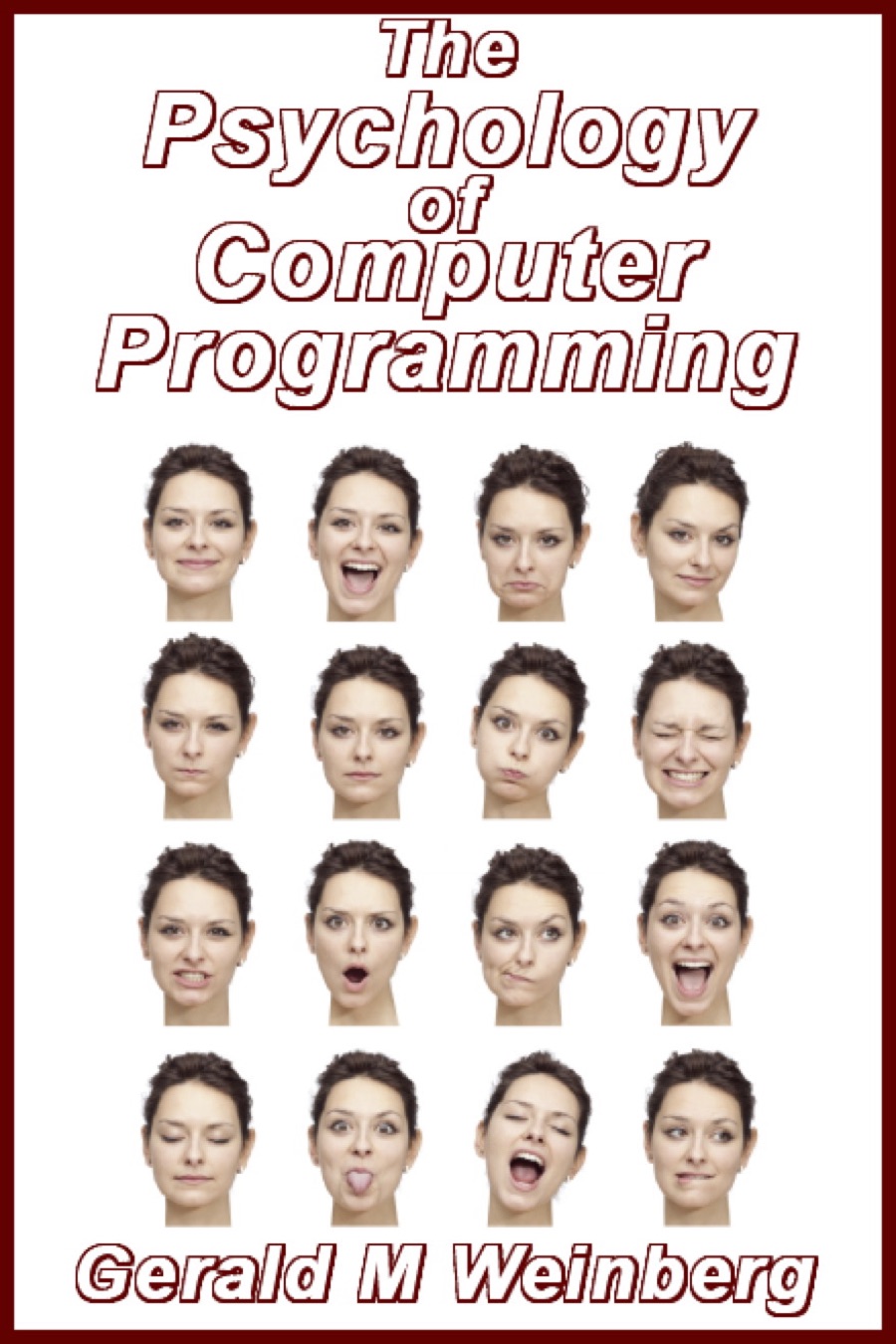 I decided to re-read The Psychology of Computer Programming, one of the books he is most known for. The first edition was published in 1971 and reading it 47 years (!) later, it is remarkable how many insights shared by Weinberg on the human aspects of programming are still true today. It also puts in perspective how much has (un)changed in the programmer’s job since the 70s.

One of the things I like most about this book is the candidness and humility in his writing. For instance, in the preface Weinberg mentions that “our profession suffers under an enormous burden of myths and half-truths” —which I think is still true and arguably more prevalent today— and refers to the content of the book as “food for thought, not a substitute for it.”

Here are some important points I’ve learned from this book which I hope will inspire you to read the entire thing. Note that these are my own interpretations and I’m paraphrasing, unless quoted.

Chapter 2. What makes a good program?

Chapter 3. How Can We Study Programming?

Part 2. Programming as a Social Activity

Part 3. Programming as an Individual Activity

Chapter 7. Variations In The Programming Task